In the 1960’s, film was getting a makeover, and filmmakers wanted innovation and fresh, new stylistic narratives, especially in France with the French New Wave (Lewis). In Hollywood, production had been tightly bound to moral codes that directors had to follow. The films made during the era of Classical Hollywood Cinema had their own production-efficient, fixed, careful style. Chris Maker’s 1963 “experimental” film La Jetée a two-dimensional, sci-fi, philosophical-drama does something new with the classical narrative. The film is accompanied by a lot of silence, but it is alleviated with an instrumental score, eerie whispers, wet heartbeats, and airport noise. It explores human existentialism through its beautifully composed stills, narrative focus, and constructed world.

CHC is upheld also with its odd, but careful construction of its world, a stylistic feature of CHC that wants to build a believable illusion. The film makes sure the audience understands its storytelling, pausing on our main character as he goes through scientific experiences by a Head Experimenter. The story itself is meditative and philosophical, using black and white photography and a clear narrator throughout. To establish setting, the audience is given a series of narration over the history-book-esque, wasteland of Paris after “World War III.” Then, we are sent to the Past, a place full of peaceful images such as animals, nature, and children. We get moments of calm, like the Man watching the Woman from the Past who he cares for. The sequence of calm, restful images is broken by the sound of bats screeching, the audience being reminded of the terrible Present the Man must return to. This sequence also contains the only moving image, the Woman waking up for a few seconds before we cut away. A dateless, dream-scape that has not seen war, the Past represents a place that our character longs for, but cannot stay in. When we are sent to the Future it is full of shadows, the characters appearing as floating heads that represents the dark ambiguity of the times to come. 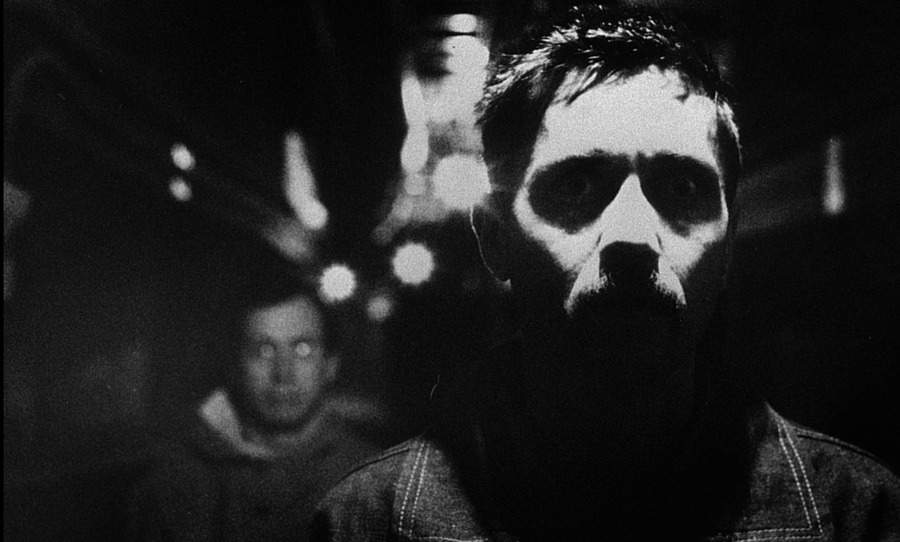 La Jetée follows the style of Classical Hollywood Cinema (CHC) by focusing on a character with a goal, a Man chosen to travel through Time as a prisoner. The narrator is omnipotent and detached, his tone not giving empathy to our main character and these life-changing events. He only refers to the Man as “the child whose story we are telling” (2:08) or when we meet him in the Present, “He was the man whose story we are telling” (6:09).  The Man has been obsessed with a moment of his childhood for all his life. Our character is chosen for a government experiment in the Present because of this strong mental capacity for memory. Underground and away from the radioactivity, the German Scientists whisper incomprehensible conversations. These whisperings are paired with stills of men whose faces are flooded with high key and low key lighting to make them appear skeletal. This is in reference to the fact that they are time-traveling, test subjects meant to save the dying human race. Our main character travels through Time until he finds out that the moment he holds onto from the Past is “the moment of his own death.” We don’t get much about his backstory, just that he has a strong memory that aids him in helping his captors.

There wasn’t a love story per say, a narrative feature of CHC, but an almost platonic, larger-than-life bond between two human beings who happened to be male and female. Everything seems bigger than the characters, especially in their last moments together in a museum of “timeless animals”. Maker places the couple into wide spaces full of taxidermied animals that seems to allude to the story of Noah’s Ark, complete with coupled animals and a human pair. These moments are accompanied by orchestra instrumentals that swell and calm like breathing, then smoothly fade back to the Present. The Woman refers to the Man as her “Ghost” and accepts that he will come and go in her life. The film’s focus is on the man’s growth as a weapon for the Head Experimenter, but it is mixed with these moments of beauty between two human beings. Their relationship might be another possible allusion, this time to Adam and Eve in Eden (the Past).

All in all, Marker’s film has dark, eerie closure for the audience and its main character. The final scene is a the moment of the Man’s death, tying up the film but leaving us speechless. In the film, Past, Present, and Future are places. It is, and isn’t, a carefully constructed illusion since the whole film probably didn’t have a large budget and didn’t rely on moving pictures. It is a different kind of constructed illusion, using photographs to tell a complex story about time. It breaks, but still respects Classical Hollywood Cinema style, building off of it in a new way. Chris Maker’s La Jetée is a love letter to film, wonderfully frozen in time and bravely exploring new ways to tell humankind a story of itself.

The Super Power of the President